WHEN Luiz Inácio Lula da Silva was diagnosed with cancer of the larynx late last year, the presumption was that he would have to cut down on the politicking, at least for a while. And indeed radiotherapy and chemotherapy weakened Brazil’s ex-president, and took away his voice—giving his handpicked successor, Dilma Rousseff, a useful chance to build an independent identity. But since he announced his recovery in March and returned to public engagements in April, Lula has picked up his old role as the power broker of the Workers’ Party (PT)—not always with the happiest of results. And in recent days, for the first time, he has hinted that he may run once more for the presidency.

On May 31st Lula appeared on a television chat show with Fernando Haddad, previously the federal education secretary and now Lula’s pick for the PT’s candidate for São Paulo’s mayoral elections in October. Opposition parties complained that the joint interview broke a ban on campaigning before the municipal election season starts on July 5th—although since Mr Haddad is technically only a “pre-candidate” (the party is expected to name him formally later this month), whether the rules were broken or not is moot.

What really made the headlines was that when asked if he would take another shot at the presidency, instead of deflecting the question as he always had before, Lula said he might. Ms Rousseff would be the natural candidate, he said—but he would be willing to run if she did not want to. (Brazil allows any number of presidential terms, as long as no three are consecutive, so they are both eligible.) “I’m not going to let some tucano [the Brazilian nickname for members of the opposition Party of Brazilian Social Democracy] be president of Brazil again,” he added.

Lula’s backing for Mr Haddad is not popular with everyone in the PT. Marta Suplicy, a former mayor still very popular with poorer São Paulo residents, wanted to run as well. But Lula strong-armed her into stepping aside, because he regards her as incapable of attracting votes from the better-off. On June 2nd Ms Suplicy failed to turn up to a PT bash to publicise Mr Haddad’s pre-candidacy, later blaming unspecified personal problems. That earned her a big black mark. Lula’s plan relies on her campaigning her heart out for Mr Haddad, who at the moment gets a measly 3% spontaneous name recognition among the city’s voters. It also sparked speculation that she might leave the party altogether.

Lula is also stirring things up in Brasília. The federal capital is currently paralysed by a far-reaching parliamentary committee of inquiry into the links between illegal gambling rings and politicians. In a recent interview with Veja, a weekly news magazine, Gilmar Mendes, one of the 11 members of the Supreme Court, claimed that Lula had threatened to entangle him in that investigation unless the judge found a way to delay until after October’s elections the trial of the defendants in an older corruption saga: the so-called “mensalão”. This dates from Lula’s first presidential term, from 2003 to 2006, when it is alleged that the PT bought the loyalty of its coalition partners in congress with monthly bribes (mensalão is a Portuguese neologism that translates roughly as “big monthly payment”).

Lula is not himself among the defendants in the mensalão. But some of his closest associates are, and the scandal remains the low point of his two presidential terms, as well as a potent weapon for his political opponents. Lula acknowledged that the meeting with Mr Mendes had taken place, but said Mr Mendes’s claims about what was said at it were “untrue”. Until now there has never been any sign of strain between Ms Rousseff and her predecessor and mentor. But that may change unless Lula regains his legendarily sure political touch. 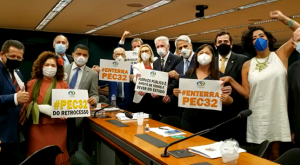 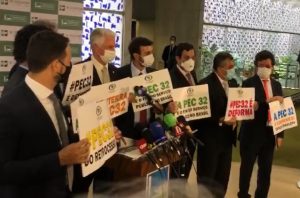 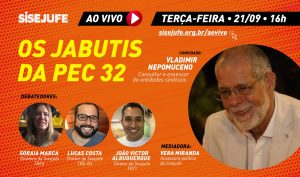 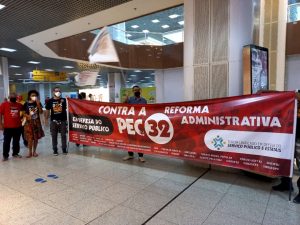 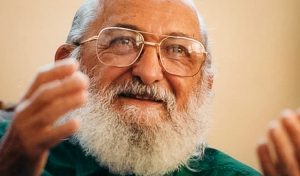 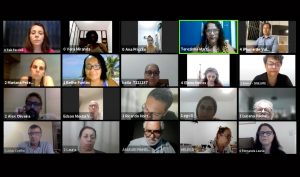